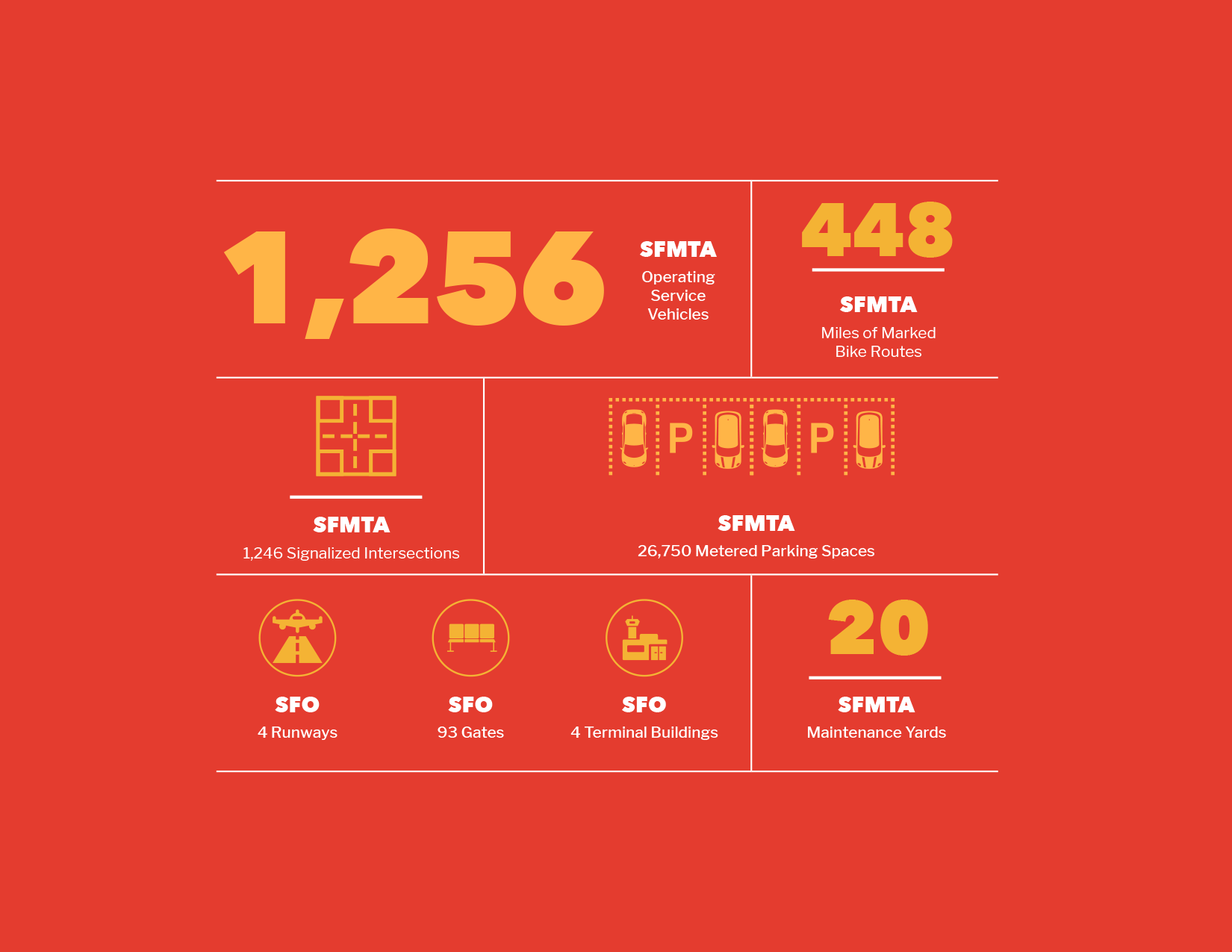 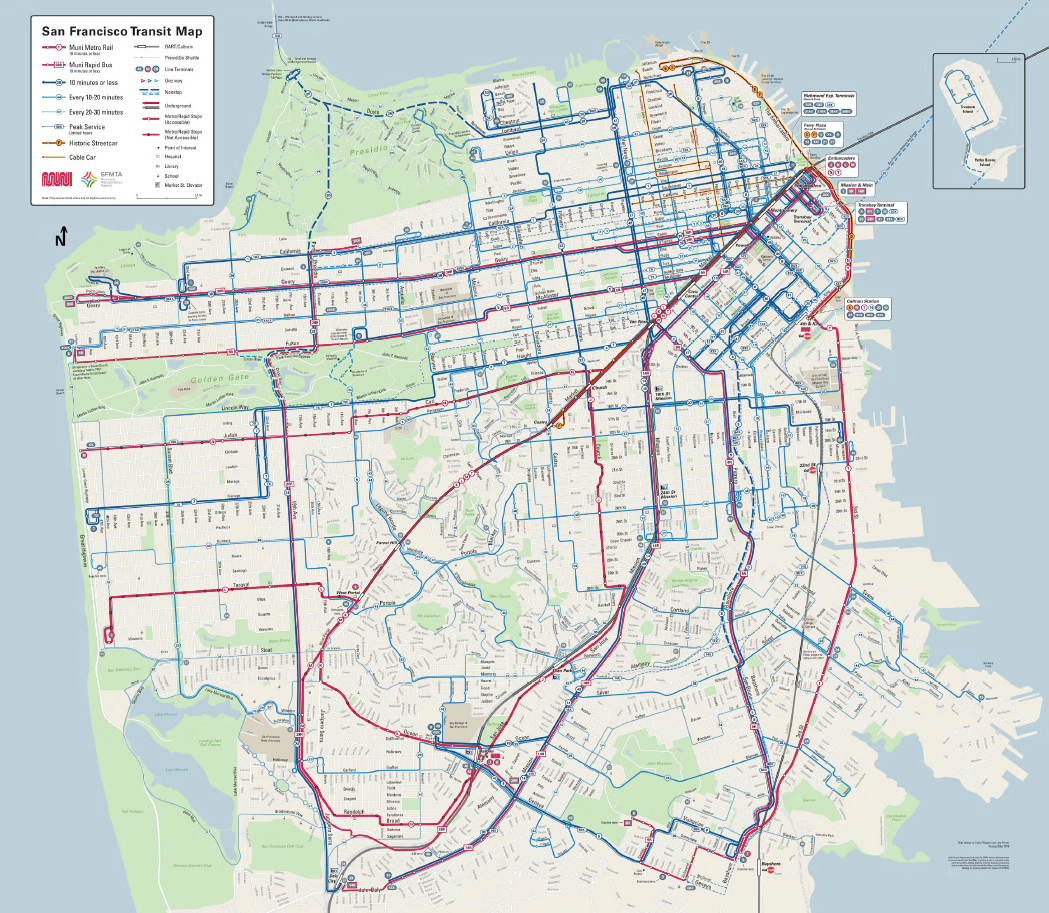 San Francisco sits at the center of the Bay Area, both geographically and economically. To support residents, workers, and visitors, the City must maintain a vast system of transportation infrastructure ranging from cross-town buses and Muni trains to the San Francisco International Airport, one of the busiest in the United States. Regional transportation assets like BART and Caltrain also run through the city, connecting San Francisco to the surrounding counties.

San Francisco is currently in the midst of implementing several major initiatives that will improve its transportation system. From the Salesforce Transit Center downtown, bus rapid transit lines on major thoroughfares, and terminal expansions at the Airport, San Francisco is adding capacity that will dramatically improve mobility for residents. These projects will expand the transit network and provide benefits throughout the city.

The SFMTA has a number of short-term and long-term processes in place to identify and prioritize its capital projects. Once every two years the SFMTA develops its own fiscally unconstrained Capital Plan, last published in 2017, to identify needs for projects and programs over the next 20 years. The SFMTA Capital Plan is overseen by the Transportation Capital Committee, which is comprised of representatives from all the agency’s functional divisions. This identifies the agency’s capital investment needs and establishes priority investments.

Over the next 10 years, the SFMTA’s planned capital projects total $4.9 billion. Even with that substantial planned investment, approximately $4.6 billion in need is deferred.

To help manage its assets, the Airport maintains a five-year and a 10-year Capital Plan, which are generally updated annually. A major objective of Airport’s current Capital Plan is to meet increased infrastructure demands driven by historic levels of passenger growth. In FY2018 the Airport continued its long run of passenger growth, reaching a record 57.8 million passengers – a 7.2% increase over the prior year and a 58% increase since FY2009.

The Port of San Francisco is the hub of the local and regional commuter, special event, and tourist water transportation network in the Bay Area. The Port constructs and provides land and water areas to support ferries and excursion vessels that are operated by external agencies such as the Water Emergency Transit Agency (WETA) and the Golden Gate Bridge and Ferry District. Though it does not operate any vessels itself, the Port works in close collaboration with these critical agencies. The expansion of both publicly and privately operated ferries has helped to address congestion in the Bay Area while continuing to build an emergency response network. WETA ridership has grown by 78% since 2012 and is expected to continue to grow in the coming years.

San Francisco, along with San Mateo and Santa Clara counties, is a representative member of the Peninsula Corridor Joint Powers Board (JPB), which operates and maintains Caltrain, one of the oldest commuter rail services in Northern California. Caltrain provides peak and off-peak connections along the Peninsula rail corridor between San Francisco and Gilroy. Per the 1996 Joint Powers Agreement, funding for system-wide capital improvements are shared equally among the three member counties, while local improvements are, in general, borne by the county in which the improvements are located. More information on the JPB’s future projects and programs can be found at http://www.caltrain.com/projectsplans.html.

Since its opening in 1972, Bay Area Rapid Transit has become essential to the mobility, economy, and livability of the Bay Area for riders and non-riders alike. BART currently carries 440,000 passengers on a typical weekday. Forecasts suggest that demand for BART will increase as the region grows, with 600,000 daily riders projected to use BART by 2040. However, after 46 years of service, BART faces major challenges including aging infrastructure and crowded conditions for riders.