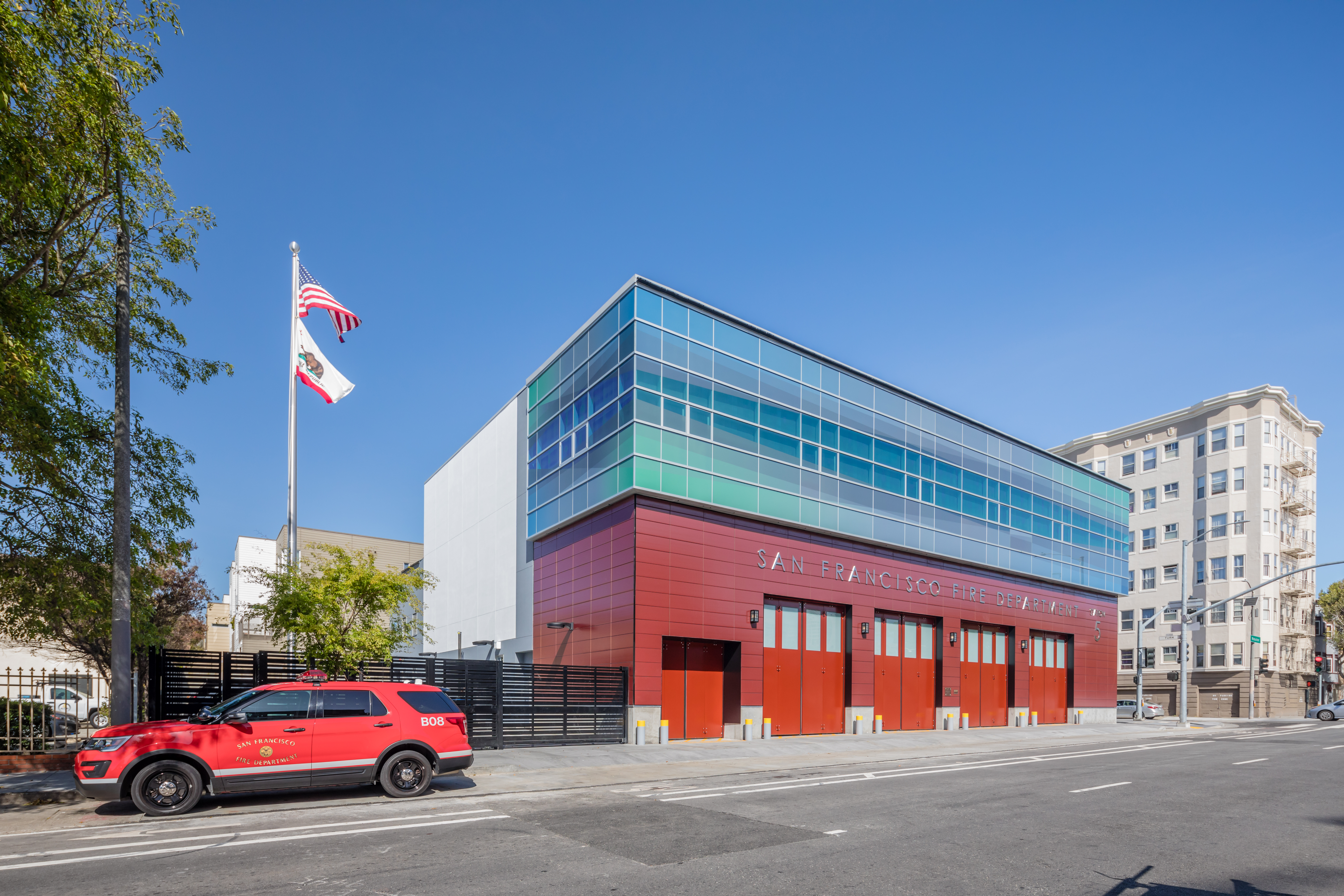 Addressing the capital needs of the City’s public safety departments is one of the challenges of the Capital Plan. As the City works towards a more progressive justice system, there is an obligation to maintain the infrastructure that enables departments to do their jobs safely day in and day out. To ensure the security and well-being of San Francisco’s visitors and residents, including those in custody, the City must devote resources to provide resilient facilities for our public safety agencies.

Neighborhood fire stations, district police stations, County jails, and administrative office space are all important for the public safety operations throughout the city. Space needs for storage, training, and equipment unique to public safety operations are also part of the picture. The projects for this service area are estimated to create over 5,600 jobs over the next 10 years.

Since June 2010, and again in 2014 and 2020, the voters of San Francisco have enthusiastically supported the Earthquake Safety and Emergency Response (ESER) General Obligation Bond Program at the ballot box. That program has provided funding for essential public safety projects large and small, from a new public safety headquarters and crime lab to focused scope projects in neighborhood fire and district police stations. The ESER Program is projected to continue in the Plan, with a bond planned for the ballot in 2027. The City will aim to prioritize projects that address the greatest seismic and other risks in the publicly owned capital portfolio and those most essential for public safety operations, including training.

One of the major programs in ESER is the Emergency Firefighting Water System (EFWS), sometimes referred to as the Auxiliary Water Supply System. EFWS is an independent high-pressure water supply system dedicated to fire protection. It was installed in 1913 in response to the Great Earthquake and Fire of 1906 and is owned and operated by the San Francisco Public Utilities Commission. The system consists of core facilities, pipelines, tunnels, and cisterns, which provide the ability to deliver water at extremely high pressures in defense against large multi-alarm fires, specifically those that could occur after a large earthquake when the domestic water system may be impacted.

Future ESER funds will focus on improving EFWS capabilities in the city's western neighborhoods. A 2013 SFPUC analysis studied how to maximize the likelihood the EFWS would effectively provide the necessary firefighting capabilities after a major earthquake. In 2018, the SFPUC completed a study analyzing options for high-pressure fire suppression for the Richmond, Seacliff, and Sunset districts. These studies serve as the basis for future EFWS project selection and implementation.

The Justice Facilities Improvement Program (JFIP) was originally developed in 2008 to initiate the closure of the Hall of Justice (HOJ) and the construction of replacement spaces for the departments that occupied that facility.

The HOJ stands seven stories tall and was originally built in 1958. It contains the County courthouse, office space for various justice-related staff, and two County jails. The jails on its two top floors (County Jails #3 and #4) were built on an a 1950’s era model of corrections with linear jails and limited program space. County Jail #3 and County Jail #4 are now closed. However, the County Jail #4 kitchen, laundry, and some of the building’s core subsystems support operations at the nearby County Jails #1 and #2. A major earthquake would likely generate significant damage to the building and render it unusable.

Since the last Capital Plan, the City has taken several significant steps towards the closure of the HOJ. To vacate the building as expediently as possible per direction from the City Administrator, staff from the District Attorney, Police, and Adult Probation departments are relocating to leased space. Their exit, combined with the recent relocation of the Office of the County Medical Examiner in 2017, and the forthcoming Traffic Company and Forensic Services Division building departure in 2021, both funded by ESER 2014, will leave reduced operations in the building.  Capital investments to end the reliance of the downtown justice campus on the HOJ have also begun. The renewal of the County Jail #2 kitchen was funded with General Fund as part of the Capital Budget in FY2019. Certificates of Participation (COPs) were authorized to acquire and prepare a new facility for the Police’s Evidence and Property operations. COPs also enabled the purchase of parcels across Harriet Street from the HOJ.

With the acquisition of the Harriet Street parcels, the City is now in a position to build a facility for the City staff remaining in the HOJ and return some of those relocated to leased space to a City-owned facility. This approach will not require the previously envisioned demolition of the Bryant Street wing of the existing building to make way for a new state courts building, which was going to be costly and logistically difficult. The demolition needed, now that the City holds contiguous parcels on Harriet Street, is much more straightforward than the demolition of the Bryant Street wing, and it can be delivered as part of the construction project on that site. General Fund allocations will support the planning for this future site in the short term.

Based on preliminary massing studies, the City plans to build a facility that can hold the City operations still in the HOJ, finally and permanently relocating nearly all City staff from the HOJ. For Police, the units for the future site include Investigations, ID/Fingerprinting, Muni Officers, and Project SAFE. For Sheriff, Warrants and Records, Prisoner Legal Services, and Transportation Operations would relocate. Both departments’ staff will need lockers and firearm storage for its sworn staff. The new facility could also hold the Adult Probation staff who have relocated to leased offices if that is the preferred policy direction.

The Courts are an important partner as the City plans the Justice Facilities Improvement Program. State capital funding for the Courts to support their relocation has been pulled due to budget constraints arising from the pandemic. Without State funding, the Courts are likely to remain in the east wing of the HOJ. Some Sheriff security staff will need to remain at the HOJ as long as the Courts operate from there. The City and Courts will need to work in close partnership once funding is in place for the Courts to relocate, and San Francisco will continue to advocate for resources to support this important need at the State level.

Working in partnership with San Francisco Public Works, these public safety agencies have identified repair and renewal needs to keep their existing facilities in a state of good repair and ensure that each agency’s operational needs are met. They have also identified some sizable gaps between the current portfolio and their projected operational needs in the years ahead. For both SFFD and SFPD, additional stations may be needed if the City is to keep pace with the rapidly growing population in the Southeast.