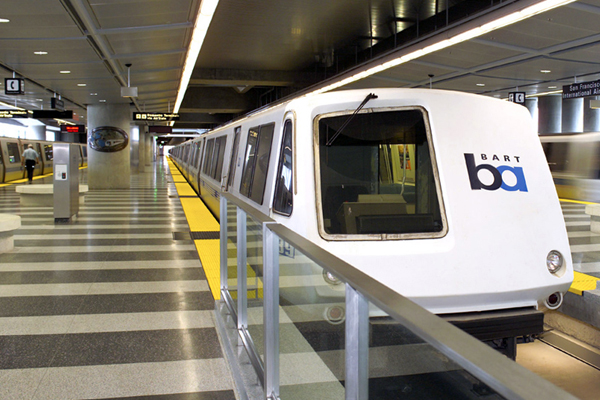 Issuing debt is a typical method for financing capital enhancements with long useful lives and high upfront costs which the City would not be able to cover through the Pay-Go Program. The use of debt also spreads the financial burden of paying for facilities between current residents and future generations who will also benefit from the projects.

For planning purposes department-level allocations have been assigned in this document for all planned G.O. Bond and COP programs. These allocations are subject to change and will be refined prior to approval from the Capital Planning Committee based on information from Citywide needs assessments such as the HAZUS analysis described in Chapter Four: Building Our Future, as well as evolving department priorities.

The Plan structures the G.O. Bond schedule around the notion of rotating bond programs that target specific areas of capital need approximately every six years, although the City’s debt capacity, election schedules, and capital needs also determine these levels. This approach was established in the original 2007 Capital Plan and has been maintained ever since.

Specific areas of need for capital improvements include Earthquake Safety, Parks & Open Space, and Public Health; however, the Plan occasionally recommends bonds outside these categories if there is a demonstrated capital need that the City would otherwise not be able to afford. Recently approved G.O. Bond measures include the 2015 Affordable Housing Bond and the 2016 Public Health & Safety Bond.

Table 5.1 shows the Capital Plan’s G.O. Bond Program for the next 10 years. The next scheduled bond is a Seawall Bond scheduled for the November 2018 ballot, a new addition to the G.O. Bond Program to meet infrastructure fortification needs for San Francisco’s waterfront. All amounts attributed to future bond programs are estimates and may need to be adjusted in future plans to account for new federal and state laws, programmatic changes, site acquisition, alternate delivery methods, changing rates of construction cost escalation, and/or newly emerged City needs. 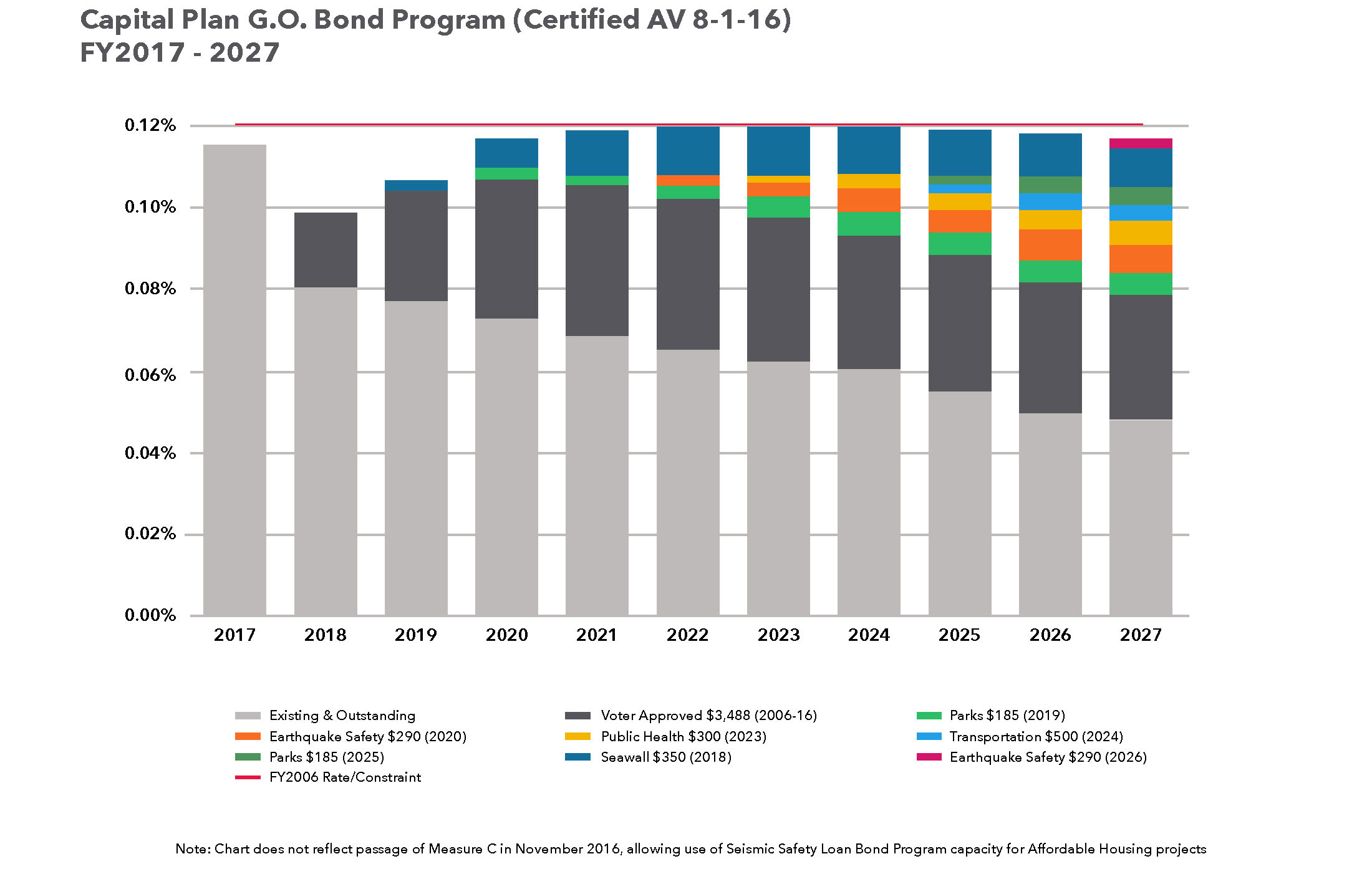 Chart 5.1 illustrates the impact on the local tax rate of issued, expected, and planned G.O. Bond debt. The red line represents the property tax limit policy established in 2006 that sets the annual level of bond debt repayment. The space between the red line and the bars on the chart illustrates the projected capacity for bond debt for each year. This capacity is largely driven by changes in assessed value and associated property tax revenues within the City. The recent economic boom has increased assessed value growth over the past several years but there is an expectation that this will level off when the economy turns.

Certificates of Participation (COPs) are backed by a physical asset in the City’s capital portfolio, and repayments are appropriated each year repaid from the City’s General Fund or revenue that would otherwise flow to the General Fund. The City utilizes COPs to leverage the General Fund to finance capital projects and acquisitions, many of which provide direct revenue benefit or cost savings.

Funding from COPs is planned to support critical City responsibilities such as replacing the seismically deficient Animal Care & Control Shelter, reducing the local jail population and relocating prisoners and City staff from the seismically deficient Hall of Justice, and modernizing the Public Works Operations Yard. Table 5.2 shows the Capital Plan’s COP Program for the next ten years. Vacating seismically unsafe buildings like 101 Grove Street and the Hall of Justice remains top priority. The COP Program also includes a three-year $50 million annual recession allowance for critical repairs, which reserves capacity in the event of an economic downturn and associated impact to the Pay-Go Program.

The bottom portions of the columns represent debt service commitments for previously issued and authorized but unissued COPs, including the debt issued for the Moscone Center, San Bruno jail, City office buildings in the Civic Center, the War Memorial Veterans Building, and the Animal Care & Control Shelter replacement. New obligations are represented in discrete colors, beginning in 2018. As with the G.O. Bond Program, all amounts attributed to future COP-funded programs are estimates and may need to be adjusted in future plans to account for new federal and state laws, programmatic changes, site acquisition, alternate delivery methods, changing rates of construction cost escalation, and/or newly emerged City needs. 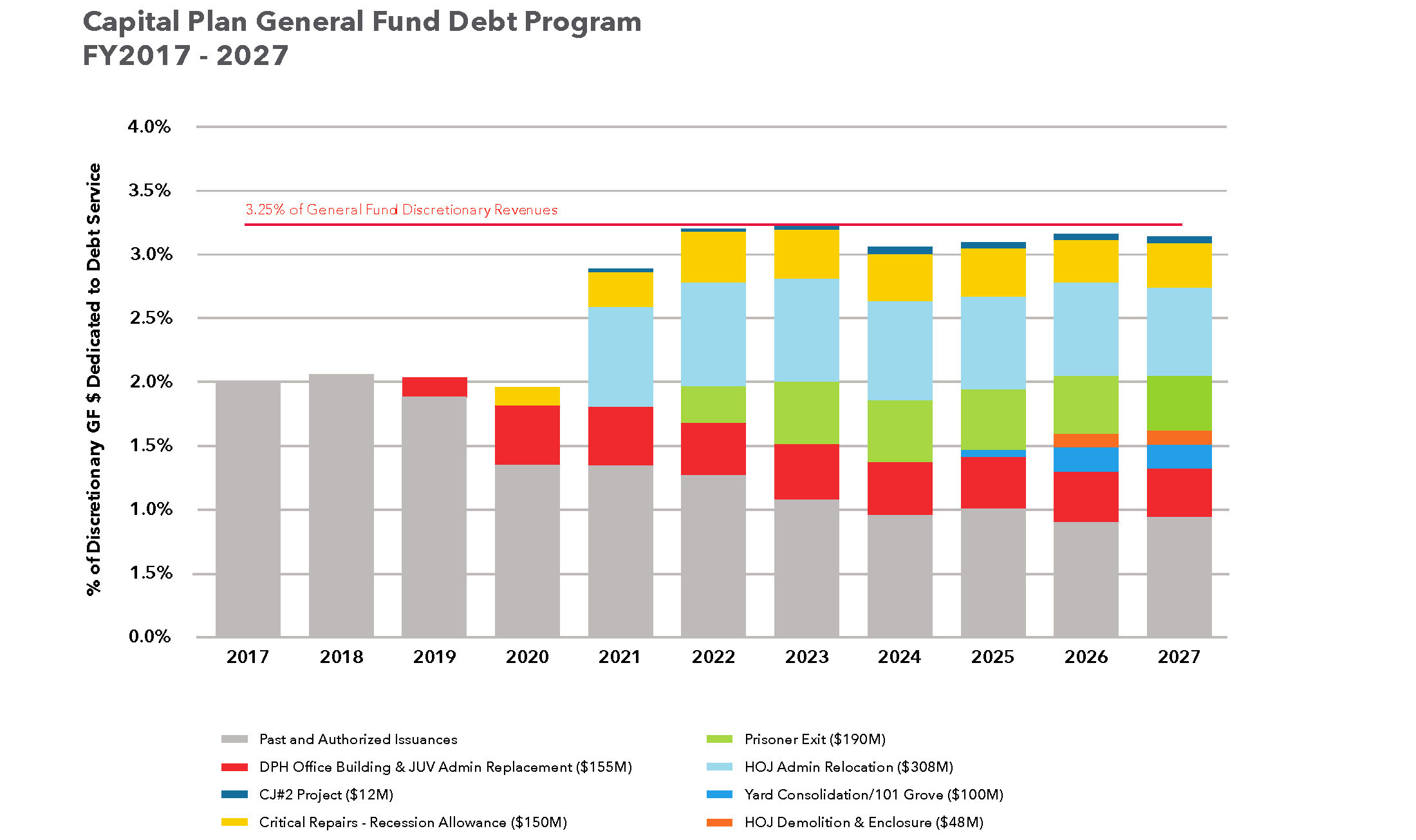 Chart 5.2 shows the planned COP Program against the policy constraint for General Fund debt not to exceed 3.25% of General Fund Discretionary Revenue, represented by the red horizontal line.

Revenue bonds are a type of debt that is repaid from revenues generated by projects that the debt was used to finance. Revenue bonds are typically used by the City’s enterprise departments (SFMTA, Port, SFPUC, and SFO), which generate their own revenues from fees paid by users of services provided by those agencies. This type of debt is repaid solely by users of those projects and therefore does not require payments from the General Fund. Examples of projects funded by revenue bonds are the SFPUC’s Water Systems Improvement Program or the Airport’s Terminal Renovation Program.

Table 5.3 shows the current amount of revenue bonds to be issued over the 10-year term of this Plan. All revenue bond issuances are subject to change based on market conditions and cash flow needs of the associated projects. There is no line for the Port, as that agency does not have any additional issuance planned in the next ten years.