The backbone of San Francisco is our horizontal infrastructure; the streets, water, power, and sewer systems that make living in a city possible. Many of these projects function invisibly to many residents. They run underground, are walked over, and are turned on with the flick of a switch or turn of a faucet. The basic infrastructure systems that the City invests in provide basic services and also contribute to City-wide goals of environmental sustainability, pedestrian safety, and a more beautiful and livable city.

It is imperative that the City maintain these assets in a state of good repair given the essential nature of these systems. Proactive maintenance ensures the steady provision of services and is less costly than fixing problems that have degraded beyond repair. 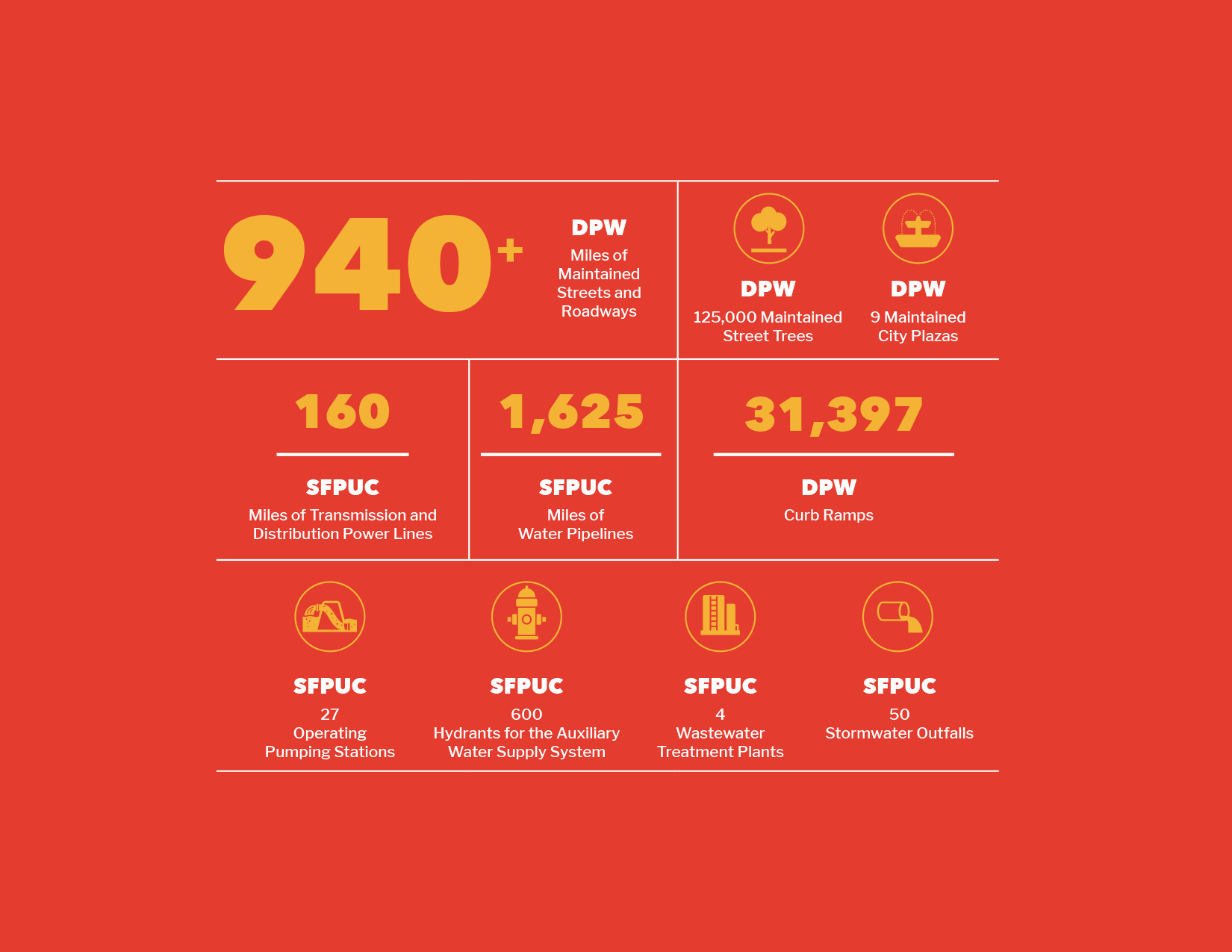 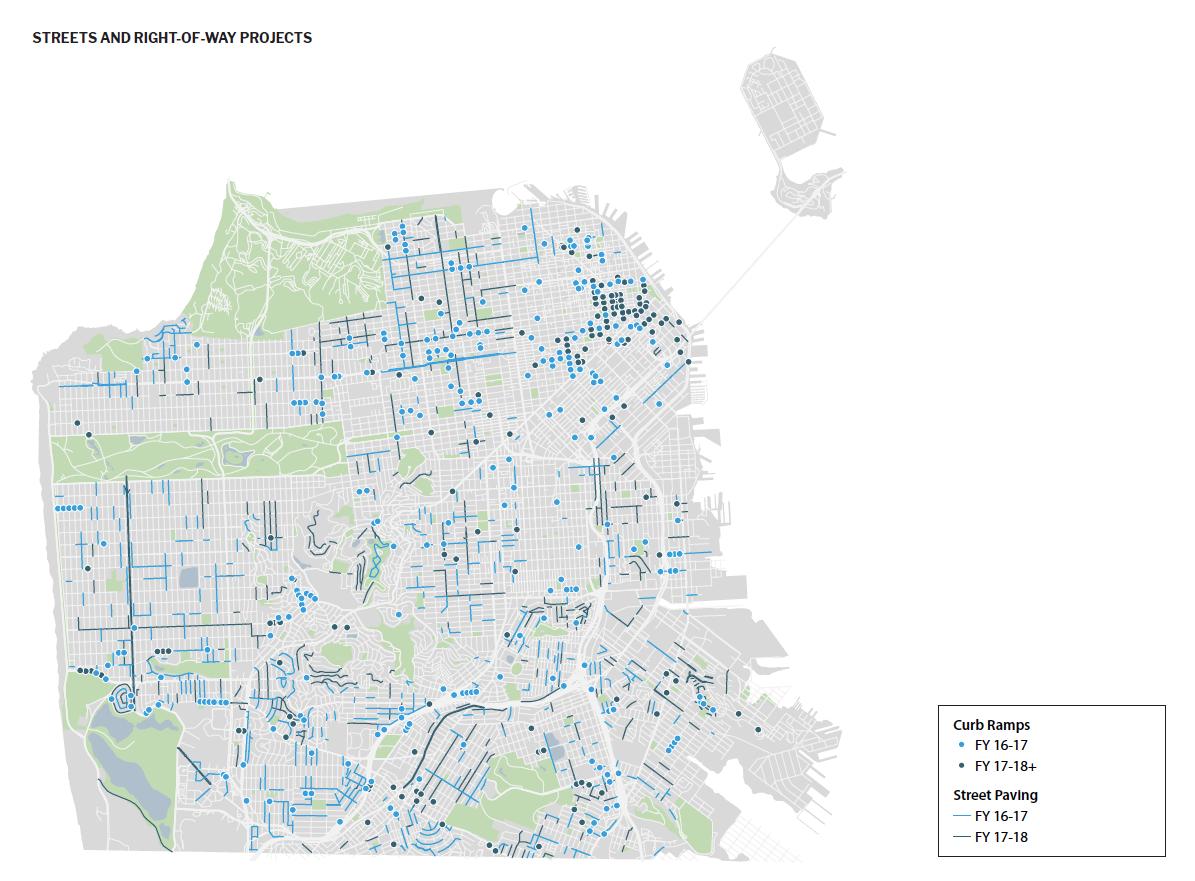 The City has been able to make significant improvements in its street condition since the 2011 Road Repaving and Street Safety Bond Program. The third and final bond sale was completed in the spring of 2016, rounding out the $248 million program dedicated to street resurfacing, streetscape, and traffic signal upgrade projects. Since then General Fund, State dollars from SB1, and other sources have contributed to continued street condition improvements. The City's Pavement Condition Index (PCI) score at last measurement in 2017 was 74, continuing the upward trend.

San Francisco also continues its commitment to Vision Zero SF and its goal of zero traffic fatalities and critical injuries in San Francisco by 2024. San Francisco’s expenditures in streets and right-of-way infrastructure improve safety in myriad ways. Roadway repaving creates a smoother surface and renews street and crosswalk markings, which improve the safety of drivers, bicyclists, and people in crosswalks. Additionally, the City reaffirms our commitment to safe and accessible paths of travel for people with disabilities by making capital improvements to curb ramps, sidewalks, street crossings, and roadways across the City.

The Water Enterprise consists of over 389 miles of pipeline, over 74 miles of tunnels, 11 reservoirs, five pump stations, and three water treatment plants located outside of the City (the “Regional Water System”), and over 1,235 miles of pipeline, 11 reservoirs, eight storage tanks, 22 pump stations, eight hydropneumatic stations, and 17 chlorination stations located within city limits (the “In-City Distribution System”).

The Water Enterprise is responsible for the distribution of high quality water to its customer in San Francisco and other Bay Area communities. Hetch Hetchy wastershed, located in Yosemite National Park, provides approximately 85% of San Francisco’s total water needs, with the remaining 15% produced by the Alameda and Peninsula watersheds. The drinking water provided is among the purest in the world; the system for delivering that water is almost entirely gravity fed, requiring almost no fossil fuel consumption to move water from the mountains to your tap. Hetchy Water operates, maintains, and improves water and power facilities, smaller dams and reservoirs, water transmission systems, power generation facilities, and power transmission assets.

The Wastewater Enterprise operates and maintains the City's water pollution control plants, pumping stations, and collection system in order to protect public health and the environment. It also maintains the 900-mile long combined sewer system and 27 pump stations that collect sewage and storm water, moving wastewater to treatment plants for eventual discharge into the San Francisco Bay and the Pacific Ocean. The SFPUC is undertaking a Sewer System Improvement Program (SSIP) to modernize its systems and help meet its Levels of Service goals. The SSIP is expected to take place over the next 20 years.